Barbados’ point man in Britain has reacted in anger to a recent report in the British newspaper, The Telegraph, about the south coast sewage crisis, describing the article as “sensational and inaccurate”.

In a brief comment to Barbados TODAY High Commissioner to the United Kingdom Guy Hewitt also said discussions were ongoing at the highest level relating to the report.

“The Barbados High Commission at London shares the disappointment and incense of the Government of Barbados over the sensational and inaccurate reporting contained in the Telegraph article last Thursday. However, as these matters are under consideration and discussion I am unable to comment further,” Hewitt said.

In the article by business editor Julia Bradshaw and entitled, The stench of economic decay is overwhelming Barbados, the British daily painted a damning picture of the south coast, while it sought to link Government “incompetence” to the sewage problem.

“This sewage problem is blighting the entire south coast of the island I used to call home, and is a symptom of the incompetence and perceived corruption of the current administration, which Barbadians have dubbed the ‘do-little government’.

“A foul effluvium bubbles up from the manhole covers and rainwater drains in the streets, pours into the roads and pavements, and out on to the island’s pristine beaches 24 hours a day. Red flags along the white sands tell us it is unsafe to swim,” the paper reported, having boldly stated, “Barbados stinks. It really does.”

The report provoked forceful responses from Government officials and policymakers, with Minister of Tourism Richard Sealy criticizing the “viciously crafted with invective rhetoric and hyperbole, which could only have been gleaned from ‘informal connections’, in an attempt to denigrate Barbados’ reputation, a country, which currently ranks #25 of 180 countries by Transparency International”.

Minister of Finance Chris Sinckler also joined the chorus of condemnation at the weekend, borrowing from his Cabinet colleague Stephen Lashley, who had earlier indicated if it were possible to defame Barbados, it would have been horribly and inexcusably defamed.

Sinckler said the “defamation” had been the result of a perception over the past ten years that the incumbent Democratic Labour Party had “so incompetently managed the Barbados economy and society through its economic management or lack thereof, that we have now reached this stage of paralysis and destruction”.

The Telegraph article was published a week after the island was named the world’s number one destination in customer satisfaction on the 2017 Destination Satisfaction Index. 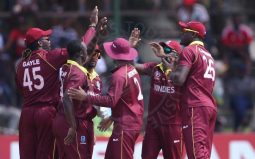 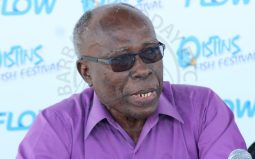